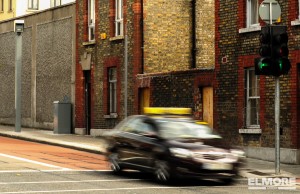 Each lane on a RedSpeed system has three piezo sensors and two loops either side of the stop line. It is also connected to the primary traffic signal to notify the system of the state of the signals. The system operates in an automatic, unattended mode, captures offences at the roadside, encrypts and transmits the data to the central office. Data from each camera is received by an Instation violation Server which writes the encrypted data to DVD. It is a Home Office requirement for data to be written to WORM (Write Once Read Many) media within 24 hours of the offence taking place. This is part of the audit trail for handling digital evidence to be used in prosecutions and demonstrates the lack of opportunity to tamper with, delete or manipulate the evidence. Because of the encryption, the data on the DVDs cannot be read without specialist software and knowing the encryption keys.